The 2022 World Cup in Qatar is less than three years from now and preparations have moved an upper notch. The governing body of football FIFA announced on Tuesday that September 3 will be the date when the official emblem for the Qatar 2022 World Cup will be revealed. 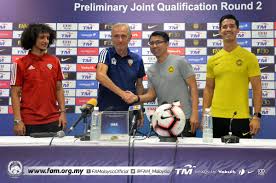 Qatar has been dodged with a lot of accusations about human rights as the country seeks to host the first World Cup in the Middle East. Stadiums have constructed in record times as the country has left no stone untouched.

There have been cases of workers working for months without any rest but FIFA have pledged to investigate these claims. The Arab nation won the right to host the tournaments in December 2010 after fending off the challenge of the United States and other counties.

Since then there has been a crackdown at FIFA with a number of top officials arrested on the charges of corruption. Seven of the eight-man executive committee have left their posts and FIFA have changed the rules given all federations the right to equal voting power.

The tournament in Qatar will also be the last one to host 32 teams as FIFA plans to increase the number of teams at the World Cup to 48. The tournament in 2026 billed to be hosted by the United States, Canada and Mexico will be the first tournament to follow this format.

Qualifiers for the Qatar 2022 World Cup have begun with a number of federations conducting draws to place teams into groups. Qatar has already pledged to build stadiums that would be recycled after the tournament and used to improve facilities in other developing countries.

The release of the emblem by September will be the first step with the official mascot set to be released later in the year.