IFA suspended an expansion which was proposed for the World Cup to be held in Qatar in 2022 to 48 teams on last Wednesday, dealing one blow to the Gianni Infantino who is the President of World Football Body. The tournament of 2022 which is to be played in the Gulf state will eventually be played with only 32 nations taking part in it. FIFA has made it very clear that they have abandoned the plans of expansion “following a comprehensive and thorough process of consultation” which led to the outcome that “under the present scenario such an expansion couldn’t be made as of now”. Therefore, the tournament will remain as planned earlier i.e. with 32 teams and no more proposals are going to be submitted at the upcoming FIFA Congress which is to take place on 5th June.” FIFA said in a conference. 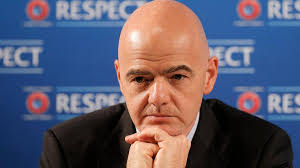 The expansion was a brain child of Gianni, who supported the idea in spite of the likely requirement for the neighbors of Qatar to put aside a blockade of 2 years and help them to host a tournament (expanded). “The involvement of all these countries in the organization of this tournament and that so jointly with Qatar clearly implies the removal of this blockade, particularly the lifting of any restrictions on the movement of goods & people,” claimed a study.

The Study which was seen by the AFP also made a claim that the Qatar World Cup with a total of 48 teams would garner “additional incomes are $300 to $400 million.”To be more specific, FIFA was assessing on surplus $120 million through TV rights, $150 million through marketing rights and another $90 million by selling the tickets of the World Cup.